Waitress Detained after Small Doctor Allegedly Left Club Without Footing N306k Bill, Small Doctor is back on the trending topics and this time, not for good reasons. 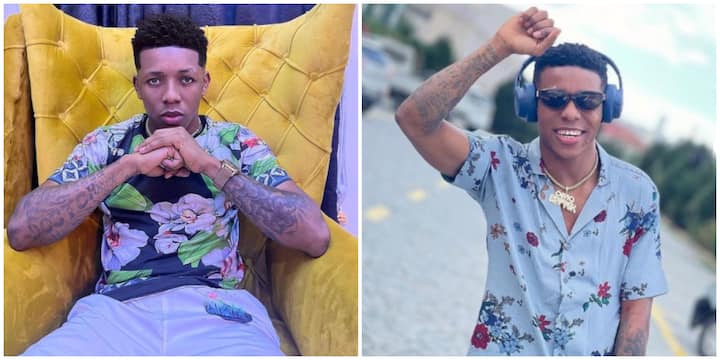 Real name Adekunle Temitope, the talented singer was recently accused of not footing a bill of over N300k at a nightclub.

According to the gist as shared by @gossipmill, the waitress who served his table has subsequently detained at the police station.

Friends of the waitress made a video supposedly outside the station where they revealed she had been held from morning until 6pm, pleading with the public to tell Small Doctor to foot his bill.

“U go need go inside station..make we c ur friend for real cos na everything una Dey use chase clout.”

“Let’s not conclude let’s hear from both parties involved.”

“Pls if this is true, he should pay his debt.”

“Lol , he was invited there for a show. Bills should b on d show promoters/ organizers. Inside d 300k+ drinks , Small Doctor fit no even drink pass one glass cup.”

Small Doctor had not given any statement as regards the issue, at the time of filing this report.

‘They ‘re my comforter, and everything’ Alaafin’s estranged wife, Queen Ola celebrates her kids’ birthday in the most beautiful way