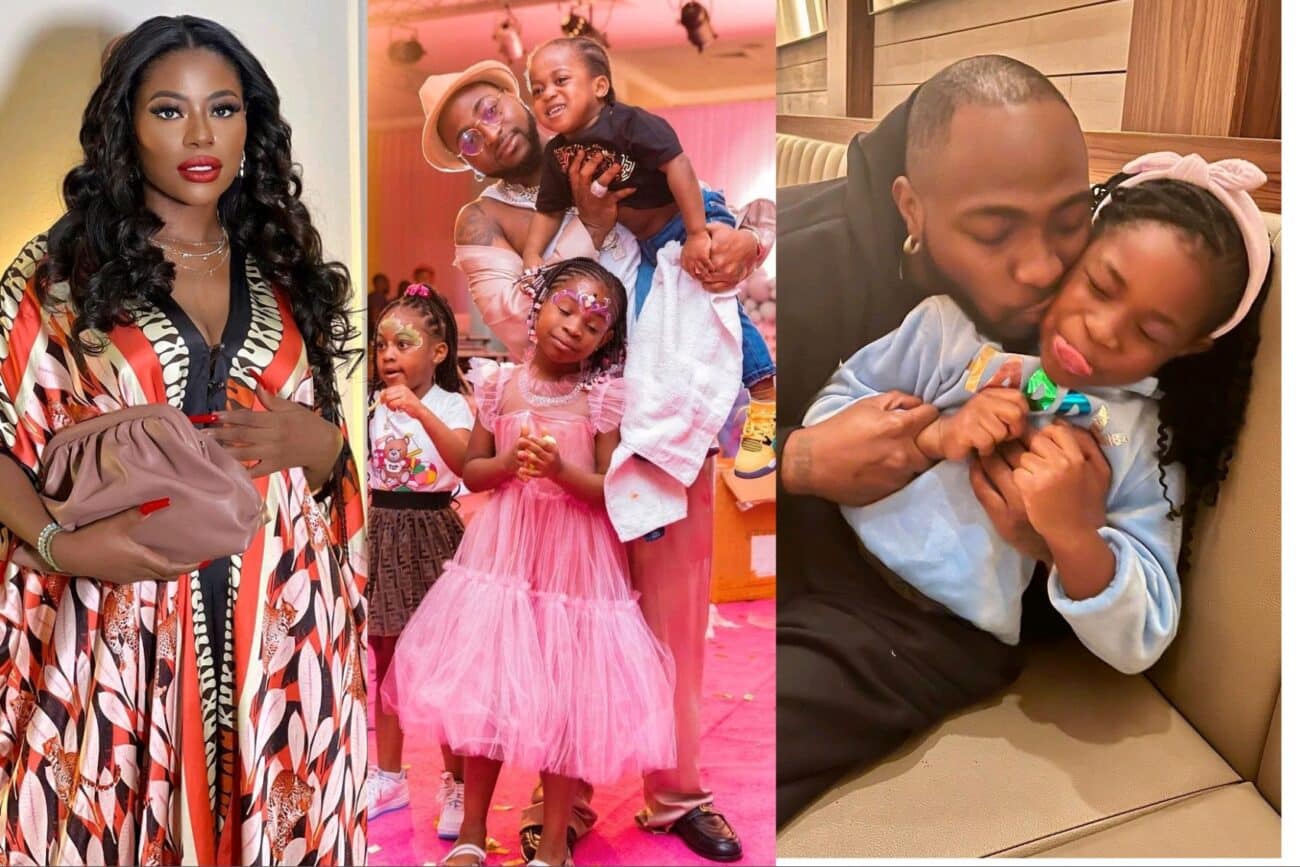 Sophia Momodu, the first babymama of Afrobeats singer, Davido has tendered a heartfelt apology to everyone over the birthday post of her daughter, Imade Adeleke.

Kemi Filani News reported that Imade had penned a short message to mark his 30th birthday on, November 21st, 2022.

Seven years old Imade Adeleke who took a break from social media after the tragic death of Ifeanyi, posted a happy birthday message to their dad, Davido.

She shared a photo of him holding on to his daughters while carrying Ifeanyi; an act of tribute to the departed young one.

Imade’s birthday wish was not welcomed by many as they dragged her mother, Sophia Momodu for what is tagged as an “Insensitive and sheer wickedness” post.

It is worth noting that Sophia Momodu never acknowledged Ifeanyi Adeleke when he was alive.

Having been dragged for being insensitive and preying on the soul of the departed young one, Sophia Momodu tendered a heartfelt apology to everyone as she noted that the intention of the post is different from what Netizens took it as.

Taking a swipe at Ifeanyi’s death, Sophia who according to reports never called Davido to console him said she is trying her best to guide Imade through the difficult emotion of losing her brother.

She wrote: I realize that the earlier post may come across as insensitive and I sincerely apologize as that was not the intention.

Imade deeply loves her father and all her siblings, and as a mother, I’m doing my best to guide her through the difficult emotion of grief. from the loss of her brother whilst trying to celebrate her father’s birthday.

I ask for your consideration and hope that you all can be understanding during these times. Thank you.

Kemi Filani News reported that returned 002 performing artiste and logistics manager to Davido, Isreal DMW returned to Instagram to honour the singer on his 30th birthday.

As many pour out sweet words on the singer to mark his entrance into the 30th club, Isreal DMW has joined them.

The newly married man returned to Instagram for the first time since October 27th, to celebrate his birthday.

Since Davido lost his son, Ifeanyi from drowning, Isreal had stayed away from social media, to mourn with his boss.

“Happy 30th birthday Sir. The Lord would continue to be ur strength, Amen”.

Kemi Filani News recalls that Businessman and philanthropist, Obi Cubana called for the youths to pray for Davido as he clocks 30 today, November 21st.

Taking to Instagram, the founder of Cubana group shared a video of him with the singer accompanied by a heartwarming caption.

Calling on the youths, he told them to celebrate his day and to pray for him.

He told them to pray that his infectious smile returns and that God restores all he has lost.

Cubana noted how Davido is a happy soul and he sure doesn’t deserve anything less of love and happiness.

“Dear Youth!!! Today let’s wish OBO a happy 30th birthday. Let’s pray that his infectious smile returns immediately. Let’s pray that God restores all he has lost and add plenty more to him.
OBO is a happy soul, he doesn’t deserve anything less than pure love and happiness! Happy birthday, king @davido”.

‘Any man who truly loves you, will borrow money to marry you without stories’ – Christabel Egbenya to women