Stonebwoy’s Daughter Draws herself, Gives Touching Response when Mother Compliments her, Stonebwoy’s daughter, Catherine Jidula Satekla, has stunned fans with yet another video of her displaying her smartness and cuteness. 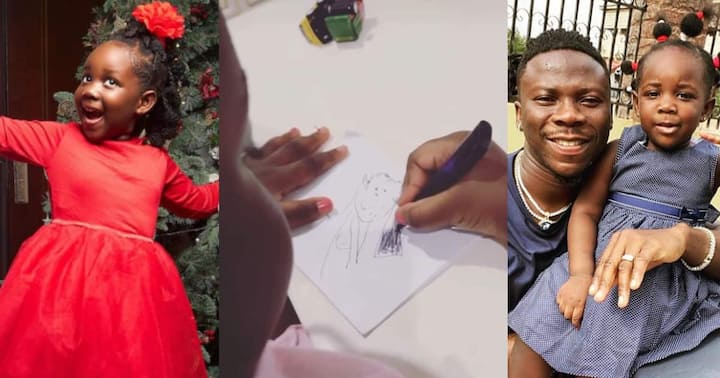 In the video sighted, Jidula is captured drawing and colouring an object on paper.

Louisa admired her daughter’s work and complimented her saying it is nice.

Jidula responded: “uumhm”, as if to say she was already aware that her drawing and colouring is nice.

Jidula’s video has got many admiring and praising her.

Addo Constance, for instance, was excited over Jidula’s last response to her mother:

addaconstance: “Her last response though.”

Jidula’s fanpage described her as “next top artist”

Lady welcomes her child on Valentine’s eve, Awwnn this is so beautiful (Photos)