“This Is My Sister and Her Man”: Sweet Moment Naira Marley Officially Introduced Zinoleesky As Sibling’s Hubby, Nigerian music star Naira Marley appears to have confirmed rumours of a relationship between his younger sister and Marlian Music artiste, Zinoleesky. 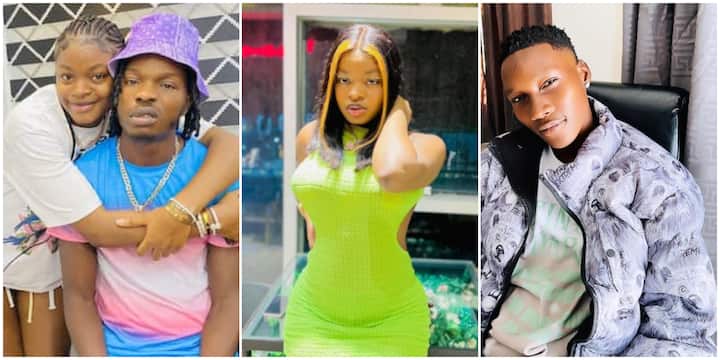 Just recently, a video surfaced in the online community in which the three were spotted spending time together.

Zinoleesky had his arms around Naira Marley’s sister as the Mafo crooner watched them from a different spot where he sat.

He, however, instructed another individual who was filming the moment to pan the camera to his sister and her husband, Zinoleesky.

Social media users who reacted were quick to tell the Kilofeshe crooner not to break the lady’s heart.

“You can’t fit break her heart you go collect.”