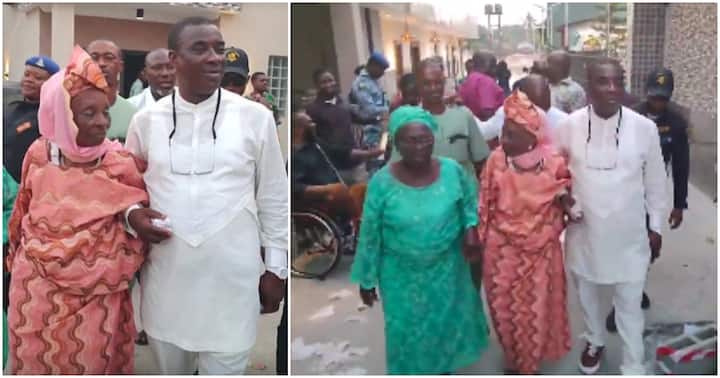 To celebrate the special occasion, a big party was organised in honour of the Fuji maestro and videos from the event have made the rounds online.

KWAM 1 was surrounded by loved ones and well-wishers on his big day including his 101-year-old mother.

In a video going viral from the event, Wasiu was seen walking with his mother as she arrived at the party.

They were surrounded by bodyguards and other onlookers as the music star slowly led his mother into the venue.

As KWAM 1 walked with his mother, praise singers started to eulogise them just before the drummers present did their thing.

Some other group of women also gathered to sing words of prayers for Wasiu’s mother as they asked God to continue to bless her.

The video of Wasiu with his mother on his birthday went viral and internet users reacted to it.

“This is called GRACE ….. LORD spare my life and that of my Mother to live long in sound health and happiness.”