BBNaija star Tacha has remembered her l ate mother and how she takes care of her as a baby when she falls ill after having a headache that she wishes she was around to take care of her. 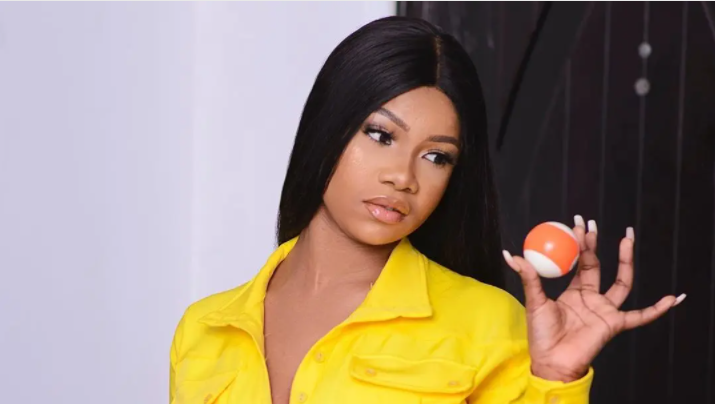 Tacha tweeted saying her headaches are so bad and at times like this is when she misses her mother so bad as she remembers how she used to take care of her when she was alive as if she was still a baby.

Tacha after entering BBNaija house disclosed that her mother is no more and after suffering from a head, she yearns to see her as this reminds her of how her mother used to take care of her when she’s sick which is the reason why she misses her, even more, when she falls ill.

According to Tacha, her late mother will be all over her forcing her to take drugs, to eat, to rest, and basically start treating her like a child when she was alive and for that reason, she misses her so much now that she is having a very bad headache.

Tacha‘s post discloses that she misses her mother so much and how she used to pamper her when she was alive and wishes to get that same treatment now that she’s having a very bad headache but unfortunately she has to pull through herself without getting any of that.

A mother’s love is eternal and can never be forgotten no matter what and this post of Tacha shows the kind of bond she had with her mother before her demise and now she is yearning to have such treatment for just a moment to heal from her headache as she misses her mum so much. 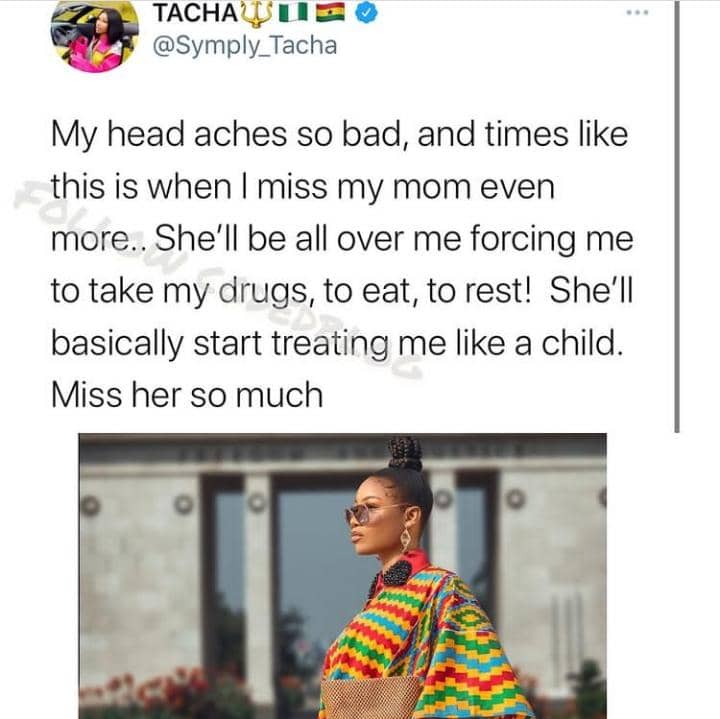