From Nigeria to Italy: Nigerian Boy, 16, Picked by an Italian Firm as a Senior Web Developer, Gets Celebrated, Social media users have celebrated a Nigerian boy, John Oseni, on his appointment as a senior blockchain and web developer of an Italian firm Flywallet. 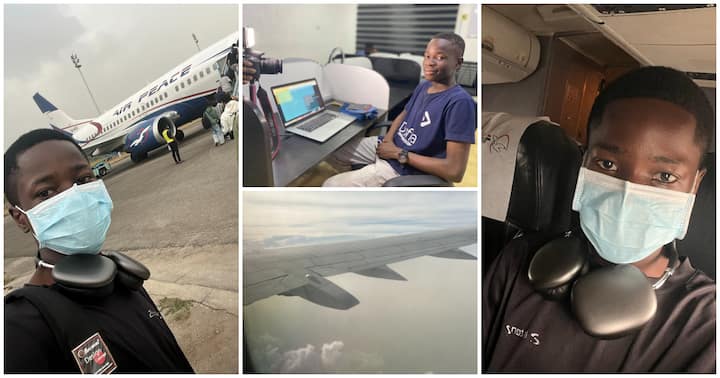 According to Scholarship Region, the 16-year-old who recently concluded his secondary school education at Command Day Secondary School, Akure, had also flown out of the country due to the job.

Reacting to the news by multiple media outlets, John in a LinkedIn post debunked claims that he already left the country and downplayed the hype of the job, stating that there was nothing special in getting a job in another country. 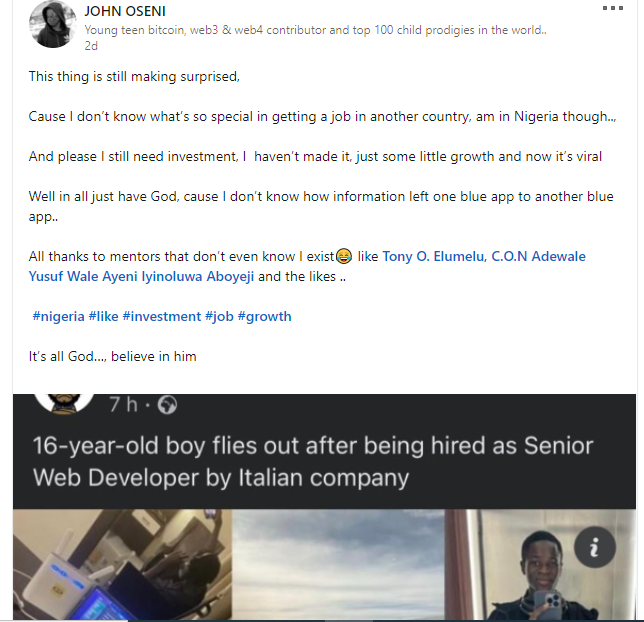 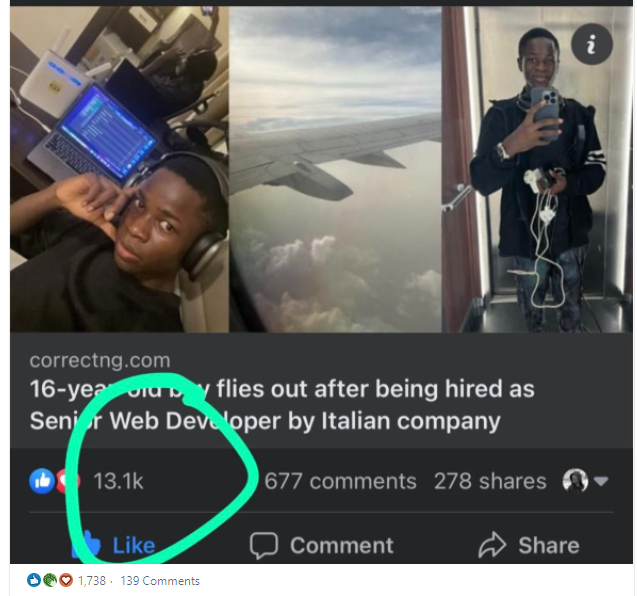 “This thing is still making surprised,

“Cause I don’t know what’s so special in getting a job in another country, am in Nigeria though..,

“And please I still need investment, I haven’t made it, just some little growth and now it’s viral,” he wrote.

John joined a Web Development training center at the age of 14 where he honed and developed his skills.

“This is truly amazing. I wish other youths will use their computer skills for the good of society and humanity like this young Nigerian teen.”

“Soooo proud of him! I hope he gains so much from this experience!! Be safe and have fun. Show Italy how amazing and gifted you truly are!!”

“I hope he has an appointed guardian by his parents and whatever contract signed should be in the boyz long term interest …its not enough being poached by foreign companies…but more of the contract signed with the boy ….because he is still a minor under the law ….and under the european law he is underaged to work full time.”

“Awesome, good luck to him, this is just the beginning of more outstanding deals for young Nigerians.”