Evelyn, the wife of the late founder of Synagogue Church of All Nations (SCOAN), Temitope Balogun Joshua, has explained how her husband died 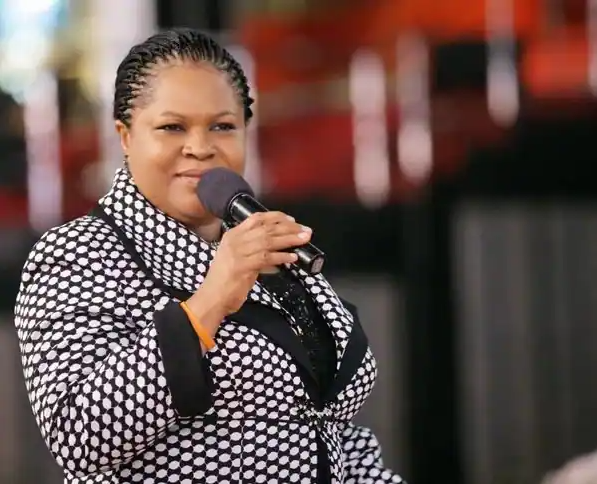 TB Joshua, as he was popularly called by his brethren, breathed his last on Saturday, June 5, few days to his 58th birthday

Ikotun, Lagos – Barely hours after the death of the founder of Synagogue Church of All Nations (SCOAN), Temitope Balogun Joshua, popularly known as T.B. Joshua, his wife, Evelyn has narrated the incident that led to the passage of the late pastor.

Sahara Reporters reports that while speaking with some select journalists on Sunday, June 6, Evelyn said her husband ended his race prayerfully.

She revealed that the televangelist spent about three hours in prayer before the last service on the mountain and appeared to be very healthy.

TheCable also reports that she said he never showed any sign of illness or worry and that his main concern was about the prayer line they offered to Indians against the COVID-19 pandemic.

“Afterward, he came up to shower and I left him to have some time to prepare for service as worship had started. Few minutes later, he stepped out for ministration. While ministering, he spoke about a time to come and time to leave.”

She said she waited for some minutes and thereafter decided to check on her husband, adding that she met him sitting on the chair like someone reflecting but unconscious.

Evelyn also noted that she quickly beckoned on the disciples of her late husband who came and tried to revive him to no avail.

According to her, TB Joshua went home to be with the Lord and left them with a message, watch and pray.

Meanwhile, Legit.ng had previously reported that the general overseer of the United Apostolic Church of Christ (UACC) worldwide, James Bayo-Owoyemi, said Prophet TB Joshua likely died because he had concluded his earthly mission.

It was reported that he said having completed all his ministry, Joshua had to leave when the ovation was loudest.

The Christian leader described the late founder of SCOAN as an intercessor and bridge-builder between God and humans.

TB Joshua must be buried in the village

In a related report, sympathisers in hundreds have been thronging the hometown of Prophet Joshua in Arigidi-Akoko community of Akoko northwest, Ondo state.

Little Girl Displays Amazing Skills as Dad Throws Her in the Air, Many React to Viral Video