“The Igbo Blood in You No Go Minus” – Reactions As Davido Mourns Grandma Nnena Adeleke 11 Yrs After Her Death, Eleven years of the death of his grandmother Nnena Esther Adeleke, Nigerian singer Davido and the Adelekes penned a sweet message on her remembrance day. 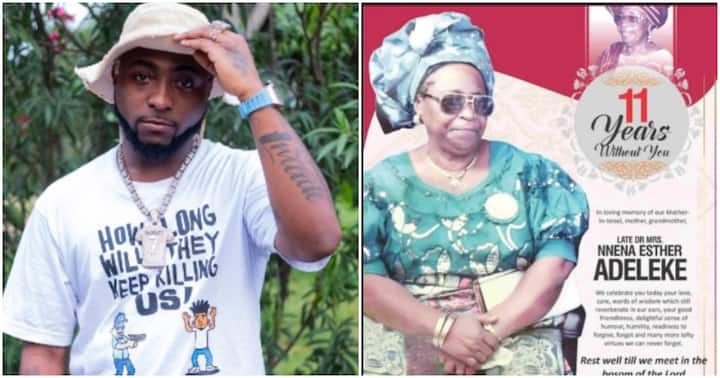 The family, in a short message through Davido’s dad Adedeji Adeleke described the Nnenna as a good and humble woman.

Sharing the photo via his Instastory, Davido wrote:

“Yes my grandma is Igbo.. Miss you mama.” 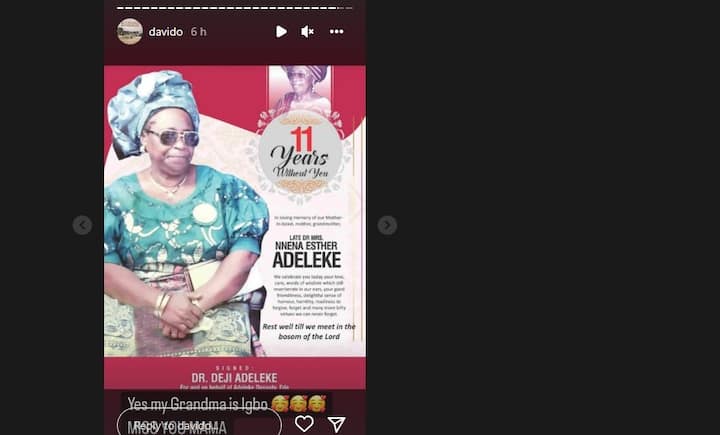 “@davido her compound isn’t too far from mine is Akwete abia state so surprised she’s your grandma when she died they flew her in an helicopter to abia state and give the villagers 1 million naira what a great lost .”

“@davido nwanne m..even from the beginning of your career you due hustle like an igbo man cus is rare to see a son of a wealth Yoruba man hustling like you..Keep it on bro..your brothers from the east loves and cherish you ❤️.”

“@davido..Really, so partially you’re an IGBO Man. No wonder you guys are so different, Una get IGBO blood.”