There’s No Need To Pretend – BBNaija star, Bella Gives Hint On What Made Phyna Unfollow Some Of Their Colleagues

Big Brother Naija season 7 ex-housemate and second runner-up, Bella has given fans little hint on what had made Phyna unfollow some of their season’s colleagues recently. 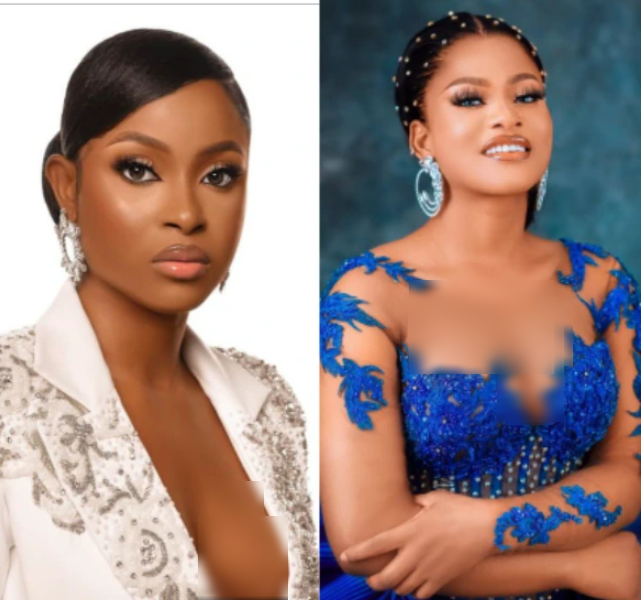 Speaking during a live video she hosted via her Instagram recently, Bella who responded to curious fans on why Phyna unfollowed some of the ex-housemates, explained that she loves her friend for not giving room for pretense.

According to her, this is exactly how she is also and she loves that the reality star is so much like her. She believes that one should always show or express how they feel at every point in time.

She proceeded to explain that Phyna knows what she must have heard or seen that warranted her to want to keep these ex-housemates at arm’s length and unfollowing them might be just a good way to do that.

Bella also noted that she doesn’t think there’s need for pretense if you feel someone’s energy or behavior is bad or doesn’t align with yours or isn’t something you can put up with, and Phyna’s action was just a clear representation of it.

Recall that, a recent development made by some enthusiasts had revealed that the season 7 winner unfollowed some of her colleague namely; Chichi, Daniella, Bryann, Amaka, and Chomzy on Instagram.

The act by the reality star had spiced up reactions from fans who wondered what could have warranted her to act in such manner. They were mostly surprised Phyna unfollowed Chichi and Bryann who she was more close to.

Content created and supplied by: Raybekahh (via Opera News )

Reactions As Popular Actress, Chizzy Alichi Reveals The Birthday Gift She Received From Her Fan