Timi Dakolo’s children’s priceless reactions when he paid them a surprise visit in the UK, Popular Nigerian singer and songwriter, Timi Dakolo, has shared a video which captured the heartwarming moment he reunited with his family in the United Kingdom. 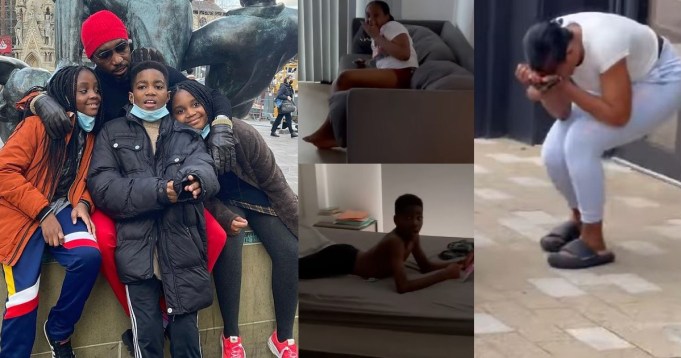 The happy father of three never passes up a chance to show off his family, and this time he shared their priceless reactions during a surprise visit he paid to them in the UK. 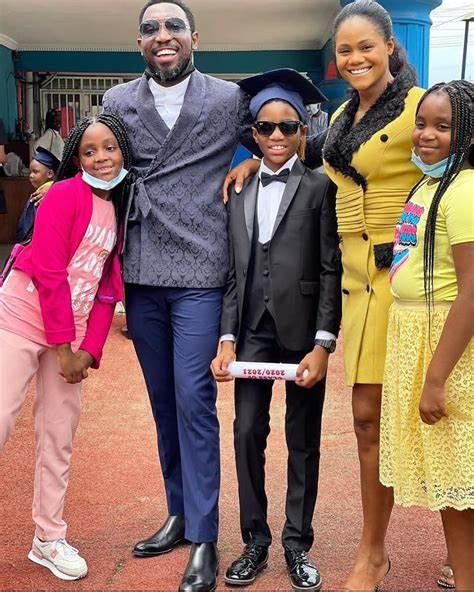 According to Dakolo, he told his family to go downstairs to pick something but didn’t let them know he was coming; hence, they were shocked to see him.

On seeing him, his son broke down in tears out of excitement, while his daughters opened their mouths in wonder and went to give him a hug. “I didn’t tell them I was coming. Told @busoladakolo I don’t when I am coming and that she should come pick something downstairs. #family”.

A while ago, Timi Dakolo shared a screenshot of heartwarming messages he got from his daughters, Zoe and Hallel while he was away on a trip.

In the WhatsApp chat, Zoe and Hallel revealed how much they missed their dad and prayed for his safe return.

The proud father who took to his Instagram page to share the heartwarming message from his daughters, captioned it,

“When I am around now, they will make me shout all day. Small travel and They will now be loving me anyhow. #yardpeople @zoedakolo @halleldakolo”.