She shared this in reaction to American entrepreneur, Stephanie Shojaee, who disclosed that she had an urge to travel to Paris, and called her private pilot to fly her down to the city of love. 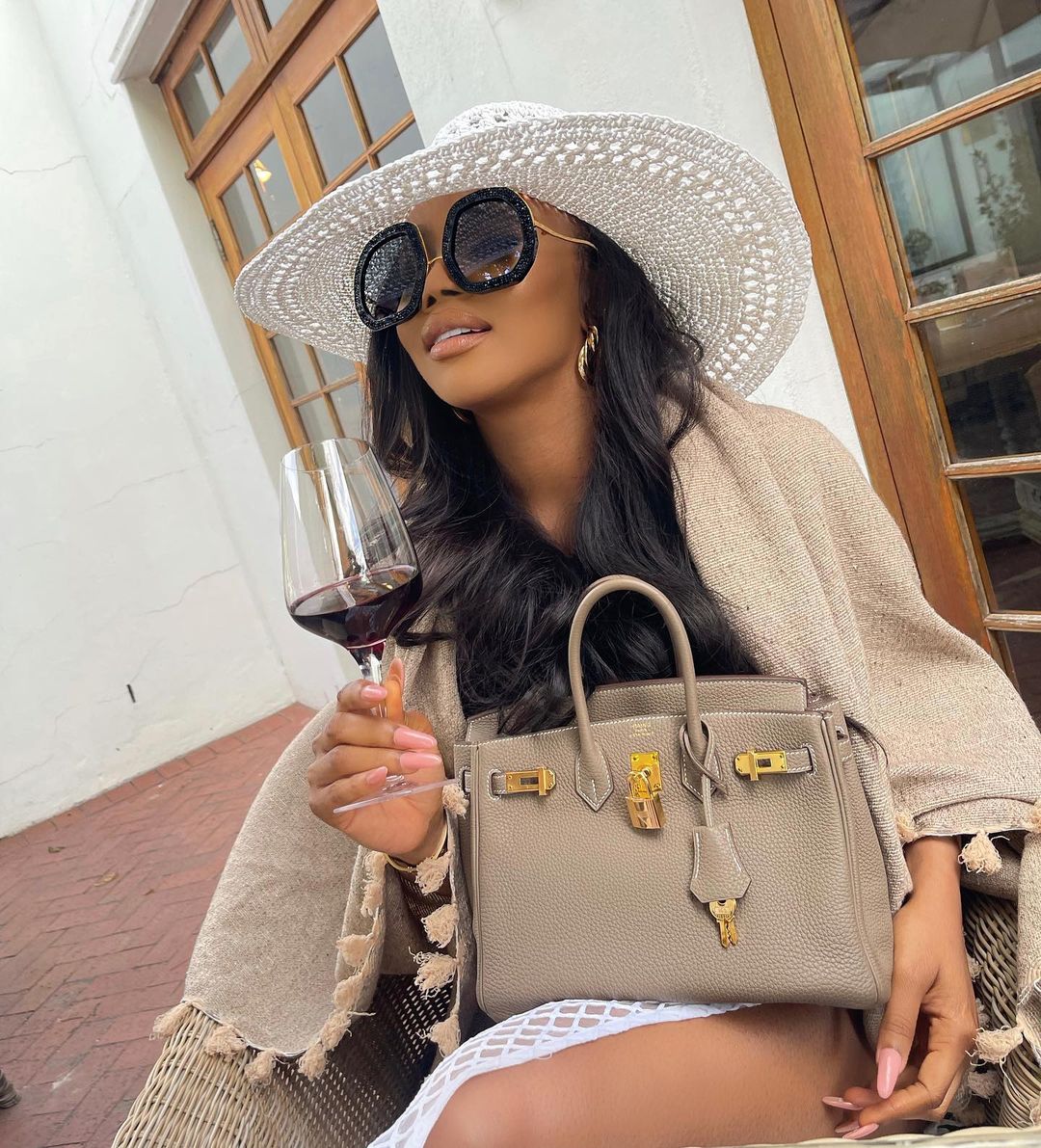 Taking to her Instastories, Toke Makinwa revealed that she has also travelled spontaneously after she had a craving for Hakkasan. According to the TV host, she bought a plane ticket that same day and flew to London to dine at the restaurant.

“But to be honest I’ve woken up with a craving for hakkasan and I booked a ticket to have it for dinner sha.

Not a private place but I took myself to London to eat hakkasan too. 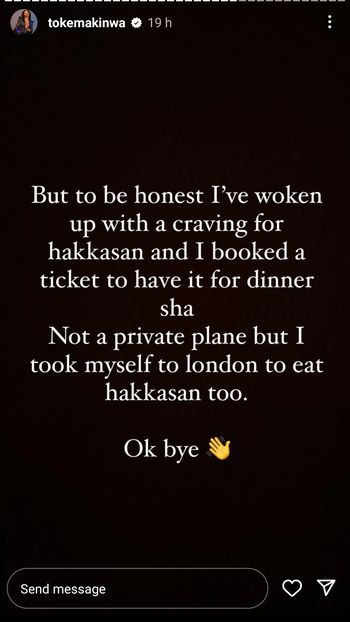 “Don’t confuse living a soft life for being an escort” – Billionaire, Jowizaza’s alleged ex-girlfriend, Sophia Egbueje says after being tagged ‘the highest paid escort in Nigeria’

“Wedding is not expensive, na you wan impress village people”