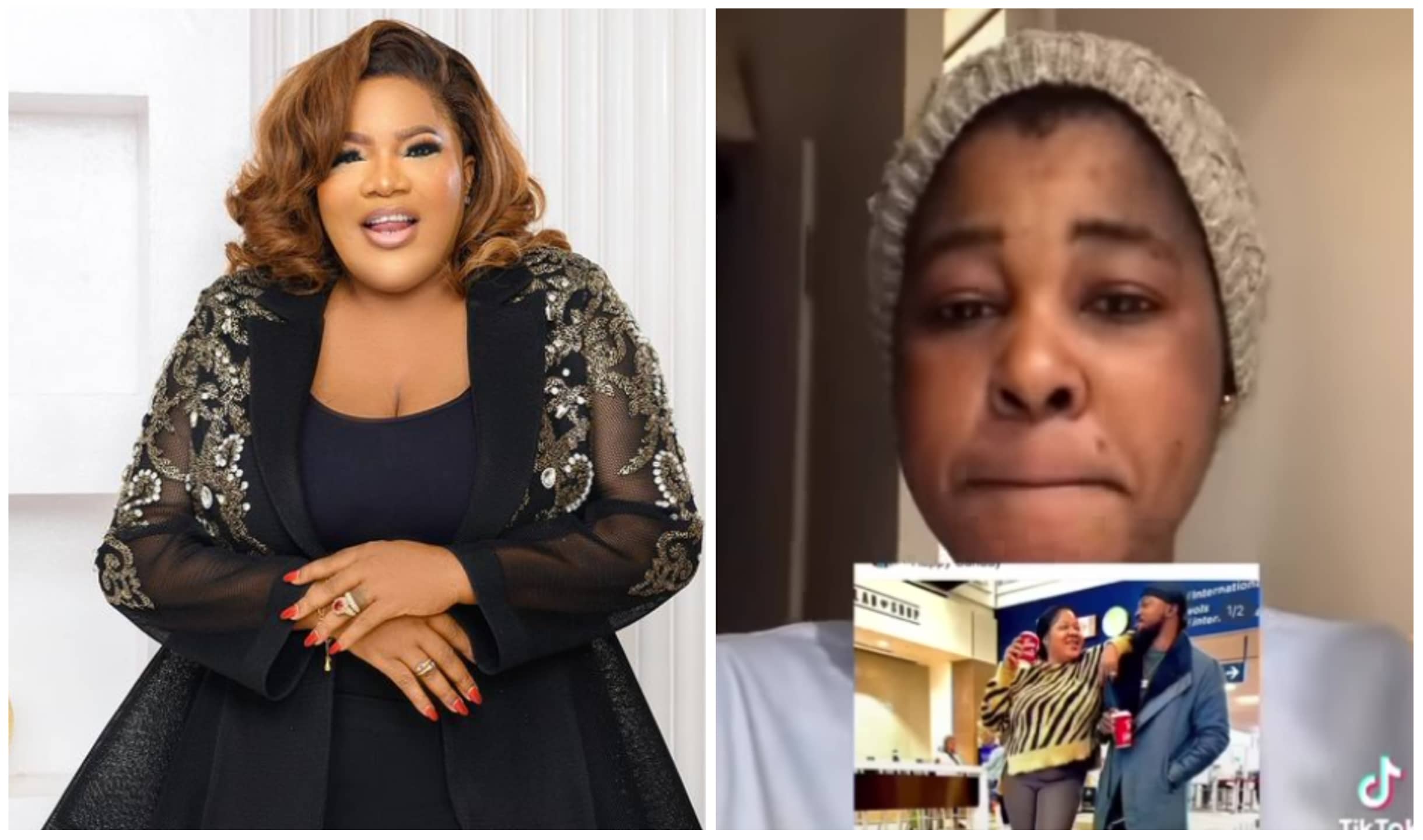 Actress Toyin Abraham has reconciled with a TikTok user identified as Ariyo Bades, who previously accused the latter’s husband Kolawole Ajeyemi of impregnating and abandoning her.

Kemi Filani recalls that the lady identified as Ariyo Badest on TikTok sparked controversy on social media over the weekend, after making the allegation against Kolawole. She claimed Toyin’s husband impregnated and abandoned her four years ago.

She further called on Toyin’s fans to help her beg the actress to leave Kolawole alone.

However, in another video posted on Instagram on Tuesday Ariyo apologized to Toyin Abraham and her husband, saying that the video was merely a prank and that the accusation is false.

Reacting to the apology, Toyin posted a screenshot of her conversation with Ariyo where the latter thanked Toyin for forgiving her.

“Wow thank you so much for accepting my apology. God will continue to bless you and your family. it’s just a way to survive that’s why I used you for the concept because all over the world you are adorable loving, and cherished by millions of people. Your glory stars will forever shine and God sees my heart that I really love you in person you are a good example to the world about your family so much love ma.”

Responding to the message, Toyin replied with love emojis.

They have a son together.