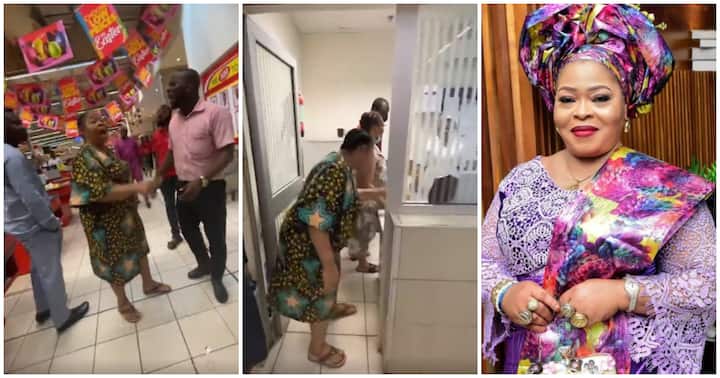 The visibly displeased actress went live on her verified Instagram page as she arrived at the mall to express anger over the situation.

In the video which lasted over 29 minutes, Toyin narrated that her daughter was accused of shoplifting and consequently molested as well as embarrassed by two security officials.

The 60-year-old while speaking at the top of her voice slammed those involved for poorly treating her daughter and demanded to see the CCTV footage explaining how the theft happened.

Toyin, who left the hospital bed when she learnt of the incident, knocked the security officials for laying a finger on her married daughter and threatened to drag the establishment to court while daring them to call the police on her.

All efforts by officials of the mall to calm her down proved abortive.

At the tail end of the video, the actress stated that the matter has been resolved and that the security officials have apologised.

“This is really annoying… they don’t even feel remorseful at all…look at them folding their arms and swinging their legs.

“This must be taken up ma.. if they can not show proof then they have to make a public and written apology to your daughter.”

“Nonsense from the highest order! This is what we face in a country that would employ illiterates as security people. See how nonchalant they are even acting! Abiyamo ku oro omo.”

“This is the kind of mother I like. If you don’t take it up immediately, you will hear a different story elsewhere about the issue.”

Watch the live video she made below: