Tracey Boakye: Ghanaian Actress Angry With Lady Who Told Her She Looks Like Mercy Johnson

Tracey Boakye: Ghanaian Actress Angry With Lady Who Told Her She Looks Like Mercy Johnson, Kumawood actress, Tracey Boakye, has registered her displeasure at a lady who bumped into her on the street and called her Mercy Johnson. 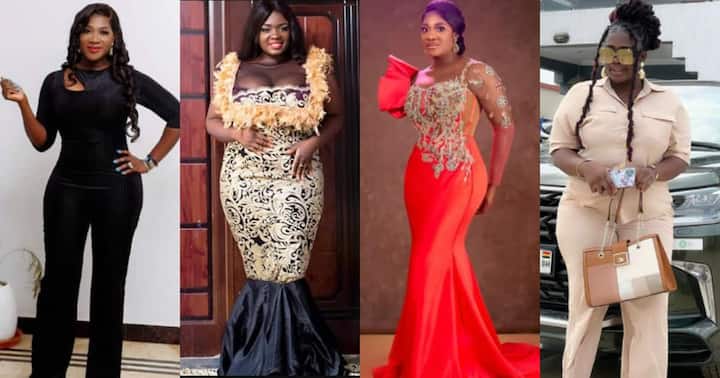 Tracey Boakye is seen standing with one man when the young lady runs to her.

“Ei Mercy Johnson”, the lady exclaimed while bowing low to have a closer look at Tracey Boakye who was now boiling with anger.

She took off her spectacles, perhaps for the lady to look at her well, while she was frowning.

The lady came with another man who threatened her to identify Tracey Boakye properly or else he would discipline her.

The lady then mentioned Tracey Boakye’s name and added that she is the popular ‘East Legon’ landlady.

Just them Tracey Boakye spoke and said she wondered why the lady would call her Mercy Johnson when she knew her.

“This girl really embarrassed me. How dare you call me Mercy Johnson. Do we look alike,” Tracey Boakye complained.

It is obvious that Tracey Boakye does not look like Mercy Johnson in any way. Not in stature, overall appearance, or popularity.

In no way at all can Tracey Boakye compare herself with the Nollywood screen goddess.

It is for these reasons some people believe that the video is just a script for Tracey Boakye to get Mercy Johnson’s attention and nothing else.

He’s So Grown and Cute: Banky W Sparks Sweet Reactions As He Shares Adorable Father and Son Photos With Zaiah