Uche Jombo reacts as many drag Genevieve, Omotola, others over Rita’s wedding

Uche Jombo Drops a Deep Message As Many Drag Genevieve, Omotola, Others Who Were Not at Rita Dominic’s Wedding, Popular actress, Rita Dominic’s wedding, continues to trend on social media and has seen some Nigerians dragging some top female celebrities for not attending the event, which took place in Imo state and not posting her photos on their social media timeline. 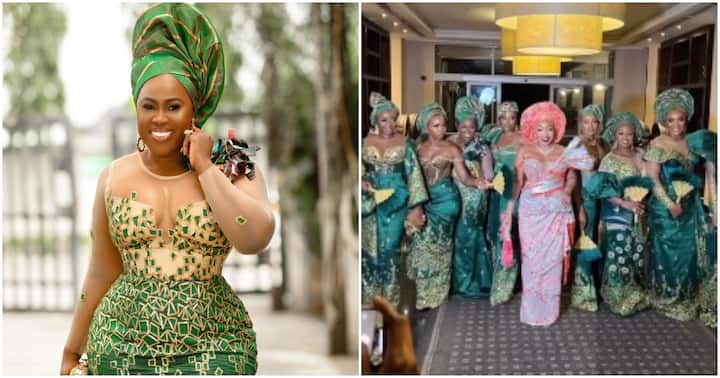 The likes of Genevieve Nnaji, Omotola Ekehinde, among others, have been among the popular names that have been called out.

However, veteran actress Uche Jombo, who stormed the event alongside the likes of Ini Edo, Joke Silva, among others, has taken to social media to weigh in on the issue.

In a post via her social media timeline, Uche said she needs many to understand that Nollywood stars have personal relationships off social media as they have each other’s numbers.

“I truly wish people realize that in Nollywood peeps have personal relationships with others outside of social media. We have each other numbers. At least the ones you think are friends.”

I truly wish people realize that in Nollywood peeps have personal relationships with others outside of social media.We have each other numbers. At least the ones you think are friends.

Many fans of the actress have taken to the comment section to react and of them.

See the reactions below:

“Understandable! I would love that WhatsApp group to continue growing. Kudos to the admin anyways.❤✨.”

“I’m not in but I can agree to this, what we say on social media yesterday o at @ritaUdominic’s is another prof.”

“I never knew you were tall Aunty Jumbo. I spent all my child days with the thought that Jakia Akpia was taller than you. “

“They don’t know y’all been together before the social media era. And social media ain’t the real life. Please y’all keep on keeping on ❤️.”