Rita and Fidelis: Your Excuse No Carry Water, Uche Maduagwu Lampoons Mercy Johnson Over Absence at Wedding, Nollywood’s Mercy Johnson-Okojie made the list of top actresses who were not in attendance at Rita Dominic and Fidelis Anosike’s traditional wedding ceremony in Owerri. 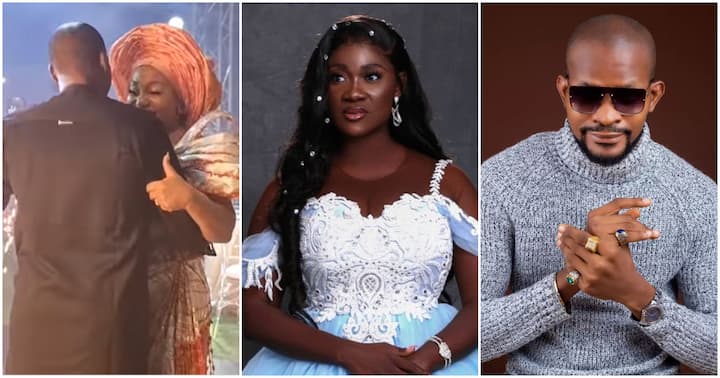 Controversial actor, Uche Maduagwu, heavily clamped down on the film star while reacting to an excuse she gave for her absence.

Maduagwu had taken to his page with a screenshot of Mercy where she told a fan that she missed the wedding because she was on a movie set. She, however, made sure to wish the couple well.

This did not go down well with Maduagwu as he criticised Mercy for failing to celebrate her colleague on social media.

“Aunty wa Mercy, your EXCUSE no carry water abeg, does being on movie set prevent you from posting photos of Rita on Tuesday knowing fully well that it is her big day? I guess the movie also hold your hand from eating all through the movie shoot Abi?”

“Did Rita attend her own? Which kind wahala be dis, uche be careful.”

“Uche y are u like this do u know if they have communicated before now?”

“Make una stop am o… learn to mind una business!! she wey do wedding did she complain? Why be say una like wetin dey bring beef between two people?? Hmmmm… I’ll reserve the rest before I catch fire hia now.”

“She made a post on her wall nah, where she even said they toasted wt their glasses for her.”

“This man please mind your business and Don’t try to bring problem in between this people oo.”

Maduagwu appeared to have been hasty in his judgement as a visit to Mercy’s page shows that she eventually congratulated her colleague.

“The Queen herself, Congratulations Queen, The celebration never ends. I wish you so much happiness in this new journey….P/s we all clicked our glasses to you on set yesterday….Gods blessings always Mami.” 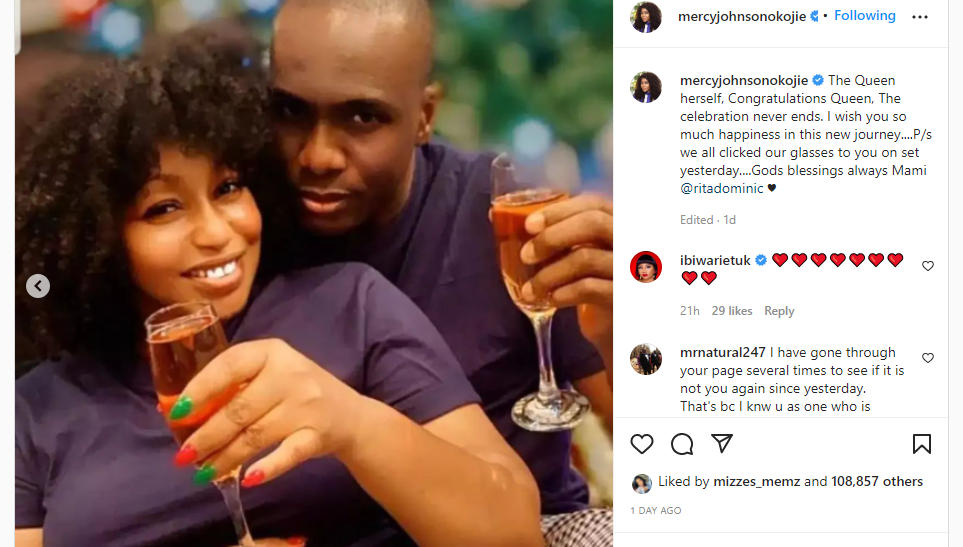 Ini Edo, other best dressed actresses who turned up for Rita Dominic’s wedding