This is Just a Start, Student who Turned His Hostel Room into Mini Store Says as he Opens 2nd One in Style, Ezidiukwu Chinemerem Prosper, an undergraduate of Imo State University, has announced the launch of his second off-campus hostel mini store. 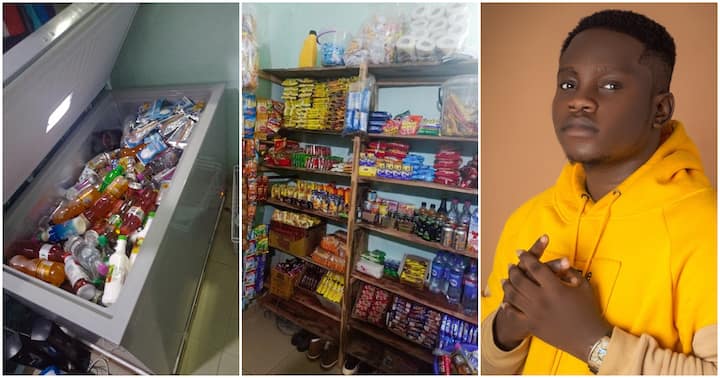 The student entrepreneur celebrated the feat on Facebook, stating that he intends to incorporate data and POS businesses into it to boost productivity.

He just got started

The young man hinted at opening more outlets as he said the new mini store is not the final one but just a start.

He elatedly revealed that he had already made new customers at his second mini store.

“This isn’t the final look but a start. I intend incorporating my data business and also a POS to boost productivity.

“See how you keep doing this thing like it’s a walk in the park.

“May God bless this which you’ve dedicated your time to build despite having your studies to face.

“May you not encounter any loss.

“Wow! From mini stores your stores will graduate to chains of superstores by the special grace of God Amen.”

“Your name will always make it happen. Keep prospering dear ❤️. And guess what,I love to see it.”

“This is fantabulous. I would have been surprised if you didn’t do this. I’m looking forward to greater things ahead.”