Viral mum hawking pure water with twins on her back gets 2 years’ rent, shop

Mma Abiba, a native of Cape Coast in Ghana, has become the owner of a fully-stocked provision shop with two refrigerators to lessen her plight, thanks to kind donors.

The mother of five children including two sets of twins also had her two years’ rent advance paid to house herself and her kids. 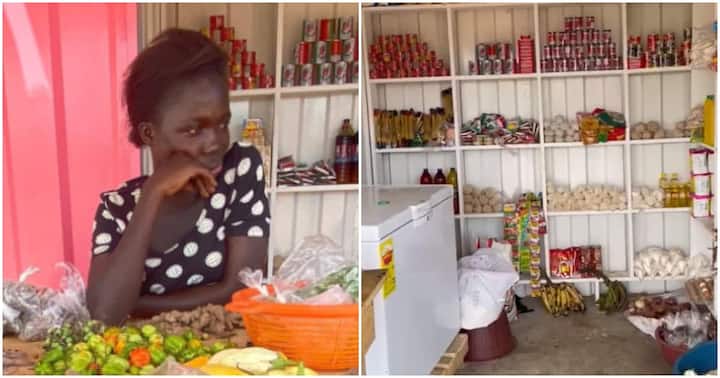 Where she was first seen

Abiba, aged 35, was spotted with her twins strapped to her back while carrying and selling water at Makola in Accra to make ends meet.

She had relocated to Ghana’s capital for a better life but things did not go the way she expected.

Raising funds for her

According to a post seen on the Facebook page of the Ghanaian journalist, Mabel Aku Baneseh, the man with whom she had six children (two sets of twins, one deceased) would not marry her because his family accused her of witchcraft.

The man was living in Spintex in Accra and hardly contributed to his family’s upkeep.

The award-winning journalist and other colleagues highlighted Abiba’s story to help raise funds for her to, and among other things, establish a business for her.

In an update following the first post in January, Abiba can now boast of her own provision shop with two refrigerators.

Additionally, two years of advance rent have been paid, all the five children are back in school with all fees paid, and other expenses such as books, and feeding have been also catered for.

Abiba’s house was also given a facelift, painting, and mosquito nets fixed at the doors and windows. 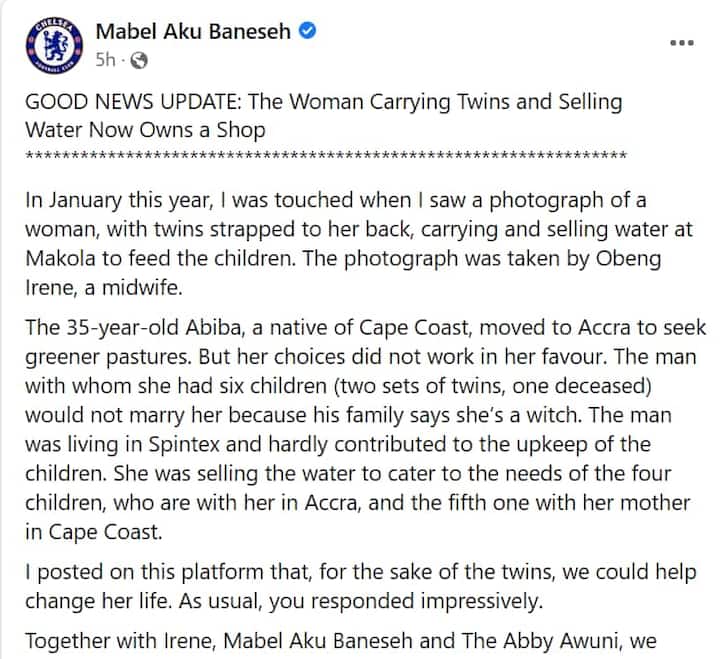 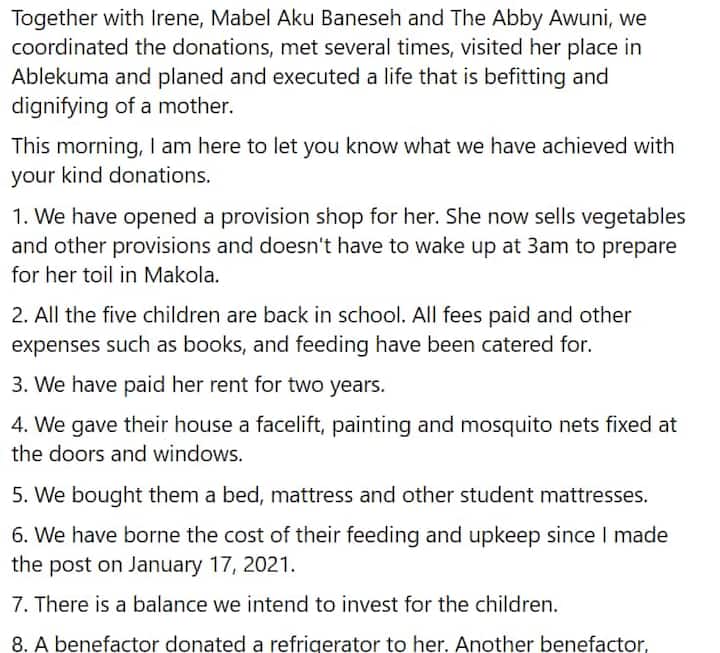 The kind deeds have warmed the hearts of many on social media.

some of the comments below:

DaBaby, Rick Ross and 4 Other International Celebrities Who Have Stormed Nigeria So…