We met in school, they thought it’ll end – Man marries lady he dated for 6 years

They Thought Our Relationship Will End at School Gate: Nigerian Man Marries Girlfriend He Dated for 6 Years, A young Nigerian man, Abdullahi Mustapha, has in an exclusive message revealed that he dated his wife, Ibrahim Mufidat Ufedo, for more than six years before they got married. 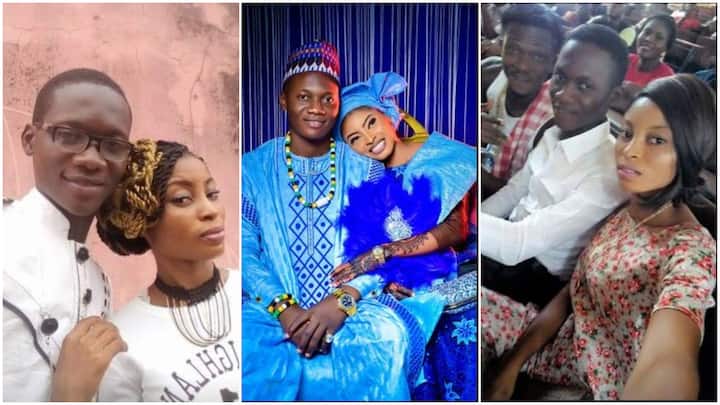 Abdullahi stated that people thought their relationship would end at the school gate but they were proven wrong.

Despite people’s doubt about their relationship, they got married in February. On Friday, March 11, the man said they marked their one-month wedding anniversary.

A part of his message read:

“I married my girlfriend I date back then in school for over 6 years back ,everyone thought our relationship will end at the school gate, and we prove them wrong…”

The husband said that their relationship started in 2016 at the Federal Polytechnic Idah in Kogi state. While Mufidat was studying business administration, Abdullahi was a mechanical engineering student. They were both lodge mates.

Couple who met in a keke

Meanwhile, we earlier reported that a Nigerian man, Stan Akpuda, narrated how he met the love of his life on the day he never expected.

The man revealed that he was on his way to work when he saw a beautiful lady inside the keke (tricycle) that he boarded.

It should be noted that the lady was also going to her office that day. Stan revealed he was able to get her laughing as he made funny jokes.