Wedding coming I think: Reactions as Davido sings Assurance to Chioma in London

It’s Chefchi or No One Else: Fans Greatly Excited As Davido Sings Assurance to Chioma in London in Cute Video, Speculations that music superstar, Davido and Chioma could get back together has continued to gather momentum in the last couple of months but a new twist about it has emerged. 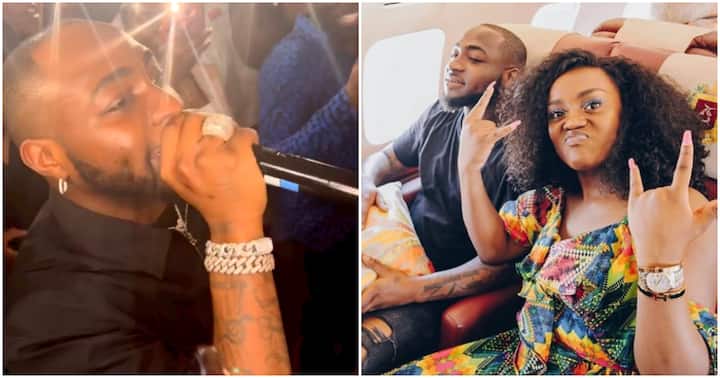 The DMW boss was seen singing passionately to one of his popular songs dedicated to Chioma, Assurance, at what looked like the after party of his mega concert at the London O2 Arena.

Video from the interesting singing and vibing session has emerged on social media and fans cannot take their eyes off it as they expressed great joy in seeing Ifeanyi’s parents back together.

Watch the beautiful video below:

The fans of the lovable partners have expressed their excitement at seeing the singer singing Assurance again for Chioma.

“It is chioma or no one else PERIODTT na mumu dey put mouth for people’s business, abeg OBO n chefchi plenty love.”

“Its me using eye to look for chioma uppan dan❤️❤️❤️ we the online inlaws are happy.”

“That water side Davido no gree sing am.”

“Song wey hin suppose perform for 02 baba no perform am.”

“Finally the song has been sang again.”