Nigerian actress and now musician, Adesua Etomi-Wellington is of course best known for her career on-screen as an actress. Recently, she’s delved into music and not too long ago released her first EP, Sue Me. There’s a song on there called “I Dodged a Bullet” that I won’t even lie has been on repeat for me. As you can imagine though, not everybody has met Susu’s musical career with great enthusiasm. During a new interview with HipTV, the actress is now opening up about why she decided to do music, how audience reception has been, and why even though so many other actresses have failed at this, she’s still putting herself in. Here’s what Adesua said. 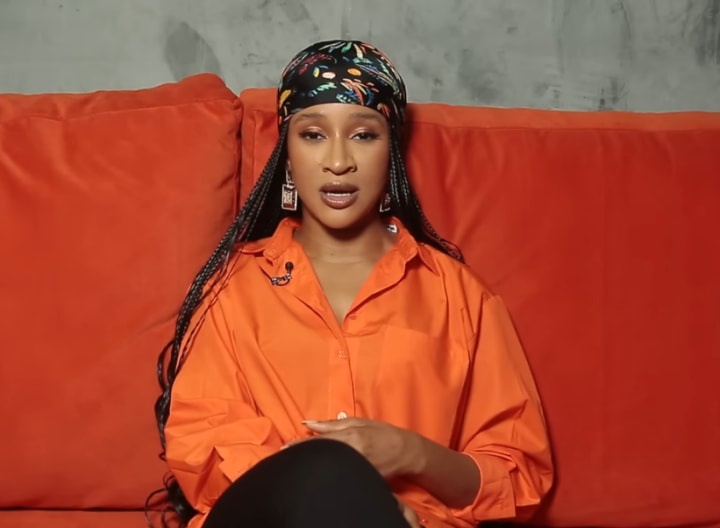 Speaking about why she decided to do music professionally, Adesua Etomi said:

First of all music has always been something that I have been passionate about. I actually started singing before I started acting and people that have known me for a very long time know that I’ve been singing for a while.

But I think my biggest thing was just fear and the fear of failure. How do I go about it? It’s funny because I had these same reservations when I wanted to go into acting industry, I was like how am I going to break in? But the truth is that at some point you just have to realize that you just have to try. I can live with trying and failing but I can’t live with not trying at all.

And I don’t believe that God gives you anything to just sit on it. You might as well give it a shot because you don’t know what life you’re going to impact. You don’t know how successful you’re going to be, or not. But at least you gave it a shot. So I just decided to try it and it’s something that I greatly enjoy. I enjoy the process of creating music and writing music.

Speaking about what the acceptance of her music has been and how she feels about haters, Adesua said:

Obviously it’s been half and half. Obviously there are people that appreciate the start of a new journey but I also understand that when people know you doing one thing, it’s kinda hard for them to open their minds to the fact that you’re trying to do something else. But all these things take time and I am patient enough to win over anybody that needs convincing, and guess what? Not everybody is going to be convinced and that’s okay too. Everybody is not for everybody.

Speaking about the fact that she’s not the first Nollywood star to enter music and how others didn’t do well at it, Adesua said:

Content created and supplied by: Supertee (via Opera News )

Popular American Based Nigerian Dancer, Korra Obidi Reveals The Virus That Got Her Daughter Sick.