Who Asked You? Hilarious Reactions As Davido Brags About Spending Nothing Less Than N12m on Every Night Out, Popular Nigerian singer, Davido, has once again caused a buzz online over his fancy lifestyle after he shared a new post on social media. 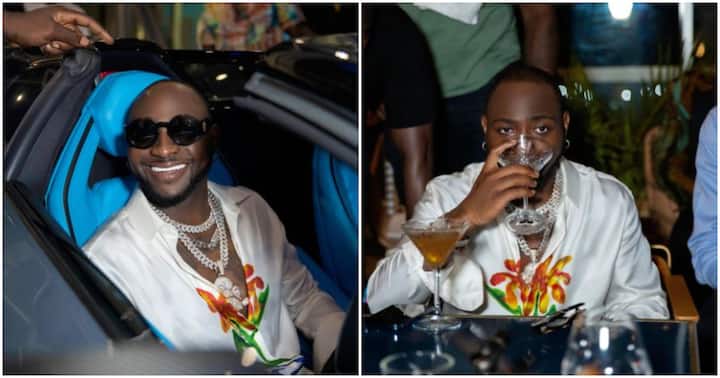 Taking to his official Instagram page, Davido posted a series of photos of himself outside with his crew at what appeared to be a lavish restaurant.

Not stopping there, the music star explained that whenever he goes out like that, he spends nothing less than $30,000 (N12.5 million).

According to the DMW boss, he doesn’t do it to oppress, he does it to inspire people.

After the top singer shared just how much a good night out costs him, a number of online users had different things to say about it. Many of them wondered what to do with the information. Read some of their comments below:

“Who asked you how much it costs you ??”

“Must u talk all the time try Dey shut up sometimes.”

“But we no really ask sha‍♀️.”

“This is a zobo very cold zobo.”

“Who ask am? Must he talk, na him start to Dey spend?”

“Who never spend money hands in the air, no hands.”