OBO Would Have Shouted Everywhere: Reactions As Wiz Khalifa Reveals He’s Working on Collaboration With Wizkid, Fans of Wizkid are currently enjoying his feature on Asa’s new album, and it looks like it’s about to be a great year for them. 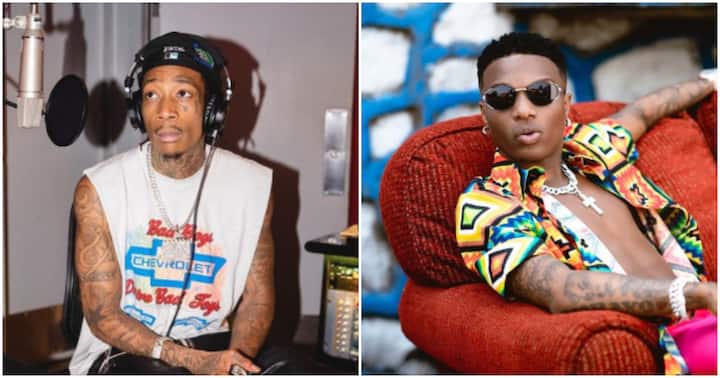 Popular American rapper, Wiz Khalifa has taken to social media to reveal that the world should anticipate something from him and Wizkid.

On his Instagram story channel, an excited Khalifa subtly made the announcement, and it looks like the collaboration will be in a new album.

“Wizkhalifa and @wizkidayo on the way. Don’t TELL EVERYBODY!!!! #multiverse.”

Read some of the comments sighted below:

“Left for my macahala, we wont know ..he will just drop it and surprise everyone.”

“And wizkid has not said anything about it…. When you are big, you are big Abeg.”

“If na your favorite him go don Dey do promo.”

“You see say na him post wiz oooo say him get song with baba if na Davido now him go Dey post am dey shout up and down.”