Woman finally gave birth after 2years and 4 months Pregnancy, Peace Okeke-Amadi has taken to her social media page to give thanks, share a testimony and celebrate the arrival of her new baby and first child as she finally delivered after 2 years and 4 months. 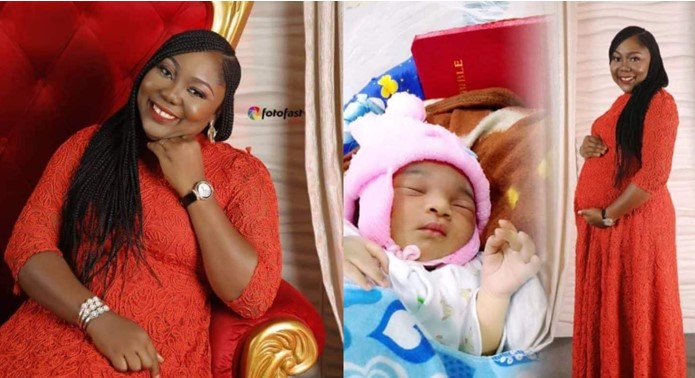 In a post on her Facebook account, Peace revealed a medical Doctor informed her she had lost her pregnancy after she began bleeding 3 months into her first trimester. On hearing this, Peace who had patiently waited throughout her 5 years of barrenness before she became pregnant, headed to her place of worship in tears and prayed to God. 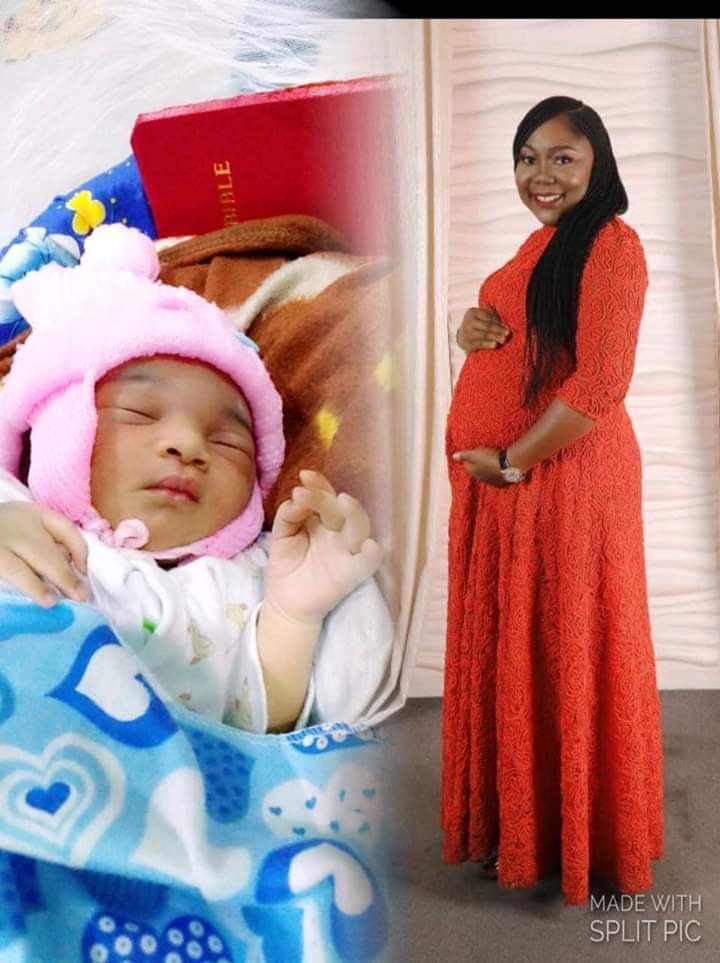 The lady who was pained and helpless revealed she met with her Pastor who asked her to wipe her tears and have faith in God and wait on him for a miracle. “Babies are not created by blood but by God” she said her Pastor told her.

The lady said she noticed her stomach started growing and she also felt her baby kicking, an evidence that the child was still alive.

The lady revealed she became very perturbed when nine months passed and yet she couldn’t give birth.

“Some said my pregnancy was scam while others said it was my sin that kept me in that condition” she noted. 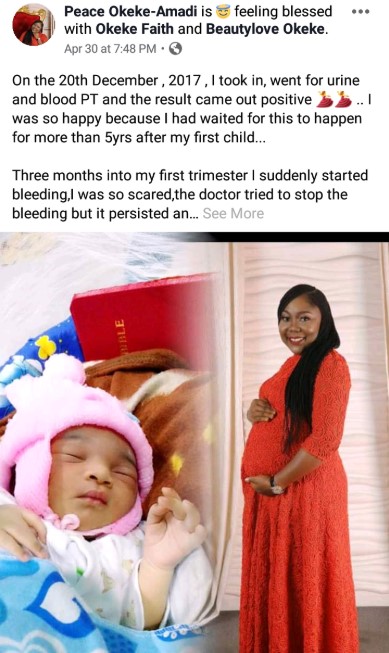 Finally, after 2 years and 4 months of insults and shame, the wait was over, Peace put to bed on the 28th day of April, 2020. Read her full story as shared on her Facebook timeline below;

“On the 20th December , 2017 , I took in, went for urine and blood PT and the result came out positive.. I was so happy because I had waited for this to happen for more than 5yrs after my first child… “Three months into my first trimester I suddenly started bleeding,I was so scared,the doctor tried to stop the bleeding but it persisted and came out in big clots..

I went for scan and they said the baby was gone,I broke down in tears,I was so down that the only place I thought of going to at that moment was the church . I got to church and went straight to the alter and cried bitterly. “In my sad mood I went to my pastors office and he said to me wipe your tears,

Celebrate for your baby is doing just fine,he asked me to have faith in God and said something that struck me ..He said that BABIES ARE NOT CREATED BY BLOOD BUT BY GOD . Immediately , i wiped my tears and went home rejoicing.

“And from that day I made up my mind that no matter what the doctors say, God’s report will be my final Judgement. My stomach started growing, i felt my baby kick every day but the bleeding continued every month . After nine month ,my baby refuse to come out.. Then the pressure started ,from now every test showed there was no baby.. “Fast forward into 1yr and months of the pregnancy baby was not coming forth, people began to talk. “Some said their was no baby in my womb. Some said it’s a scam, others said I was just mocking God .

“I heard some say it is my sin that kept me in that condition. “I cried day and night unto God to deliver me. sometimes I will even want to avoid places like Church to reduce Tongues from wagging but I always found strength in serving God . I never stopped Serving God Never!!!!!!!….. “The shame of people asking me : You never still born??? “This Journey of life and Faith in God thought me a great lesson .

I saweople for who they truly are, friends turning their backs on me but my family stood by me through it all, God bless them for me.🙏🏻 “Let me fast forward to April 28 ,2020 , My testimony landed,my bundle of Joy, My reward for believing in God’s word came forth. My Peace was restored,My Crown of Glory came to this world. “2yrs and months I carried her in my womb against all medical report, series of scan saying it’s a huge mass of Fibroid in fact I heard all manner of things. Only God has the final say in your life. Join me welcome My Princess,My Gold…”