Woman Gives Birth to Grandson after Daughter Failed to Get Pregnant, A 54-year-old woman from Australia has given birth to her grandson. 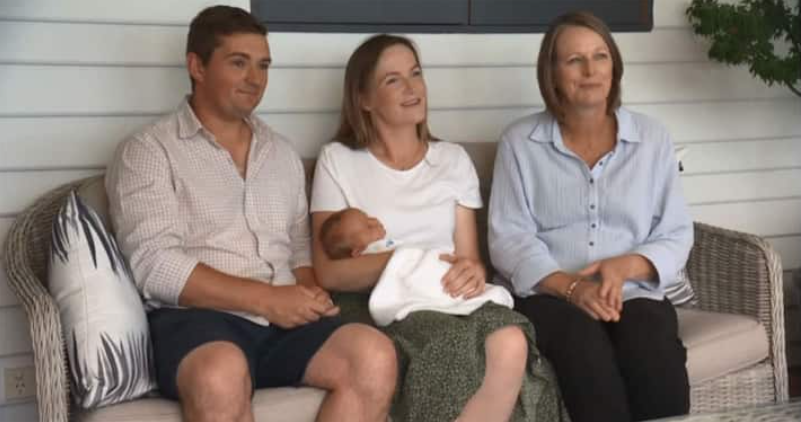 Maree Arnold served as the surrogate mother for her 28-year-old daughter Meagan White.

7news reports that the daughter has no uterus and could not get pregnant.

After two-hour labour, the baby, named Winston, was delivered on Thursday, January 13.

“We arrived at the hospital at 7am and by 9am he was born, it was so quick and organised.”

Arnold described feeling amazing after giving birth to her grandson.

Her daughter was born with MRKH (Mayer-Rokitansky-Küster-Hauser) syndrome, a rare disorder affecting one in 5,000 women.

The grandma said she would not shy away from being her daughter’s surrogate mother again.

“If I had my time again, I would do the same thing, it worked out perfectly,” she said.

On the other hand, White said she could not believe that she was finally a mother.

“It’s hard to describe the feeling of when he was born. It was definitely a pinching myself moment,” she said.

Mother-daughter surrogacy is very rare, but Arnold said it was an easy decision to make after watching her daughter and son-in-law struggle to start a family.

She had three failed in vitro fertilisation attempts before finally getting pregnant on the fourth attempt.

White said it was incredible for her mother to offer to carry her child.