Years after man sold car to raise his children, daughter buys him another one in video

Father Who Sold His Vehicle To Raise His Kids Gets Car Gift From Daughter in Emotional Video Many Years After, A video re-shared by @goodnewsdog shows the moment an old man saw a similar car he used to own when he was young. 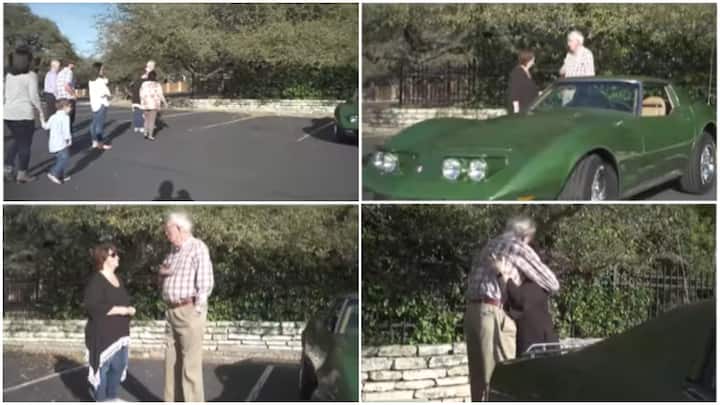 The man had to sell the vehicle to get some money to raise his kids. When he saw that type of vehicle many years after in a parking lot, he told his children how he loved it when he still had one. The passionate father said the car served him well.

When his daughter gave him the key to the parked vehicle, he asked “what is this?” and became very emotional.

For several seconds, he kept looking at the key in his hand without uttering a word. He sniffled and hugged his daughter. When the father reeved the engine, he was all smiles.

“When he revved that engine he felt 21 again bless him.”

“No better feeling than being able to give back to your parents and show them how much they mean to you.”

“That silence between them when she handed the keys over….. pure gold!!”

“He’s just grinning from ear to ear. Good deal what an incredible gift.”

“This made my heart so happy! Only a car enthusiast would really understand how he must be feeling.”

“I watched several times. Cried harder each time. I wish I could do something like this for my dad. Thanks for sharing this. Really great page you have here.”

Man drags Kannywood actress to court over refusal to marry him

Lady breaksup with lover because he joined Yahoo Yahoo, says “I ran for my life”