“You are my divine compensation and I found rest in you” Sunmbo Adeoye and husband, David Adeoye celebrate 9years wedding anniversary

“You are my divine compensation and I found rest in you” Sunmbo Adeoye and husband, David Adeoye celebrate 9years wedding anniversary, Sunmbo Adeoye, the mother of two of legendary singer 2baba’s children, is celebrating 9 years wedding anniversary with her Pastor husband, David Adeoye of Royalty Christian Center, Agege, Lagos. 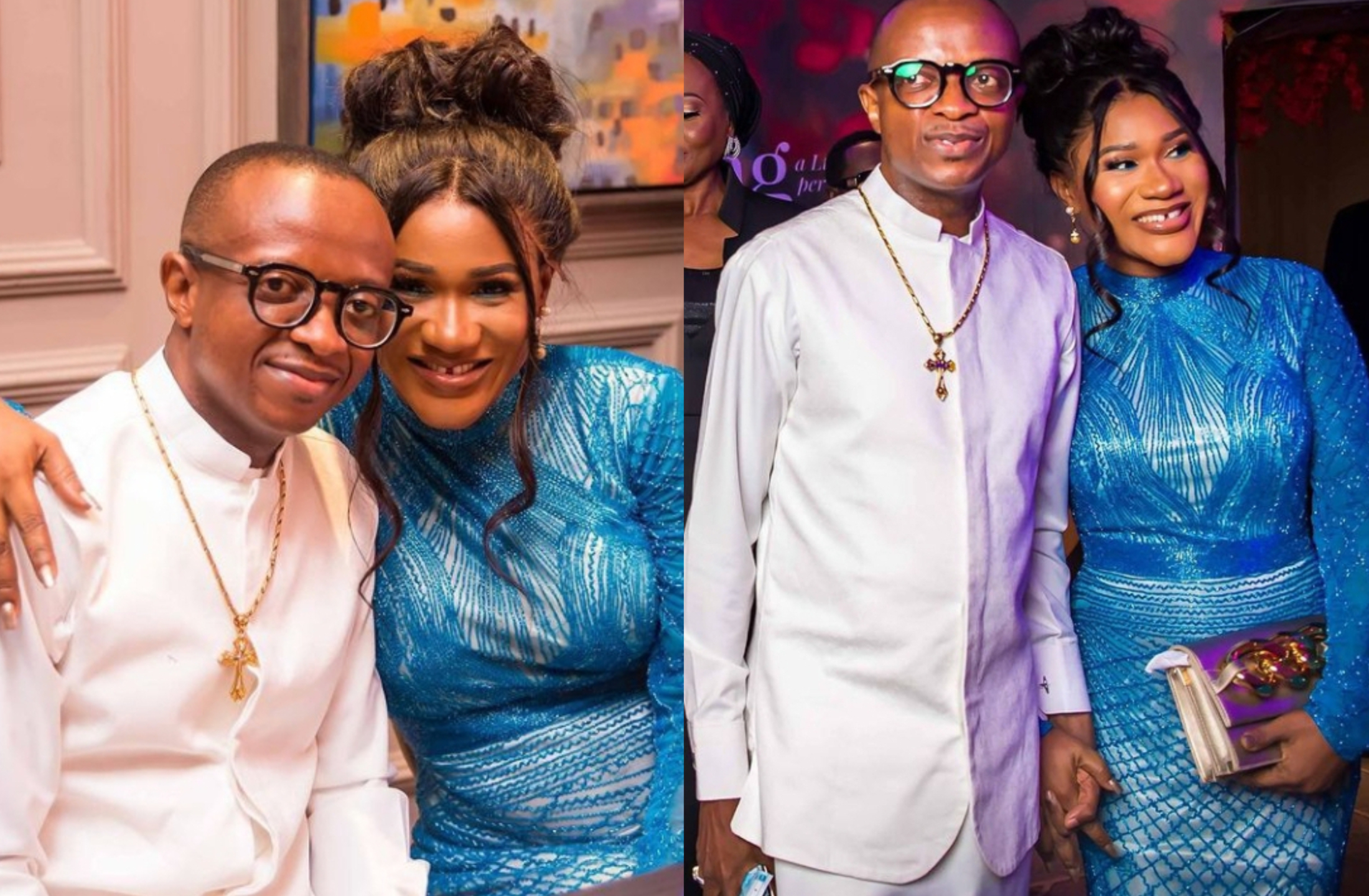 The couple got married in July, 2013 and have two children together, a son named David and a daughter named Sparkle.

Sunmbo Adeoye credited her husband for being the reason behind her smiles.

Since she met him and found love in his heart, he has been the one behind her smiles.

Describing him as her divine compensation, she stated that she has indeed found her rest in him.

“Happy 9th anniversary to the One I call my own divine compensation. Thank you for My SMILES – A signature I wear since I found love in your heart @davidadeoye. You are one of a kind and God’s gift to our children and I. May God Almighty continue to keep you sir. I celebrate what we share today and always, it’s nothing compared to what I can ever pray for. I indeed found Rest in a place made just for me”.

we recalls Sunmbo Adeoye was treated to a special mother’s day dinner at Radisson Blue, Ikeja, by her husband on Sunday, May 8, 2022.

The Pastor not only treated Sunmbo but also honoured her mother, Mrs Ajaba by having her in attendance too.

Earlier, Pastor Adeoye released a beautiful video that comprised Sunmbo’s photos as an act of public display of affection on his Instagram page.

Responding to the romantic gesture, the mum of four, Sunmbo Adeoye said “Pastor Adeoye the video editor. I actually love this and I am here laughing anyhow. I see growth, Grace, Love, God…. See my brows …Fine girl looking good in Papa’s arms…I love you till infinity and beyond.” 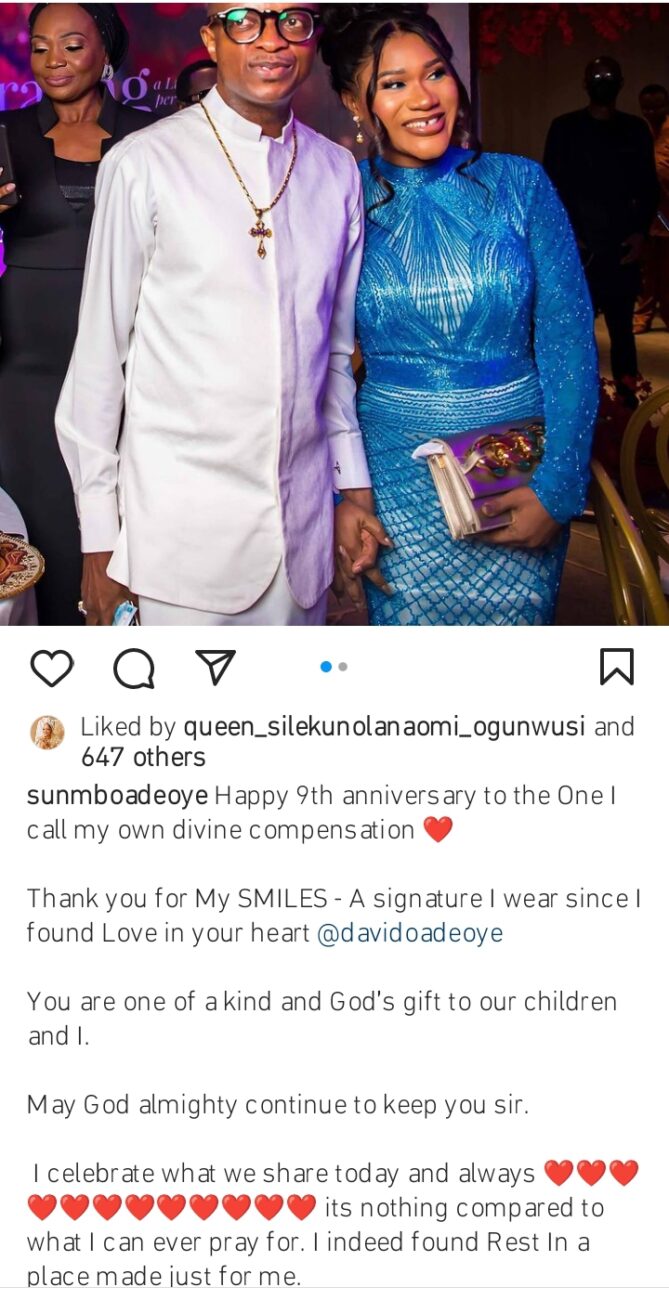