You enter Man U and dem start to lose: Reactions as Cuppy visits Old Trafford 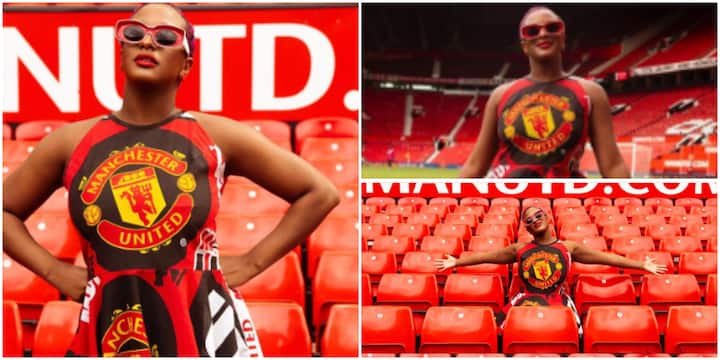 The entertainer who has been complaining about her last days at Oxford University appeared to have taken some time off academic work.

Cuppy paid a visit to Old Trafford stadium and she took some fun pictures in the facility.

She completed her look with shades in matching colours and a pair of white boots. Sharing the images, Cuppy wrote:

“Its not easy to be a manyoo fan my sister you’re strong oo.”

“U comot for arsenal dem start to win , u enter man u dey start to lose na wa o.”

“Regardless if your father’s wealth you still work hard, May God bless ur hustle. Many women should learn from you…..”

My baby getting so big: Davido moved to tears as Imade shares adorable photos