“My Supporter And Backbone”: Don Jazzy Announces Mother’s Death, Father Reveals She Fought Cancer, Mavin Records boss, Don Jazzy, has lost his mother. The seasoned music producer made this known via his Instagram handle late hour on the night of Friday, July 22. 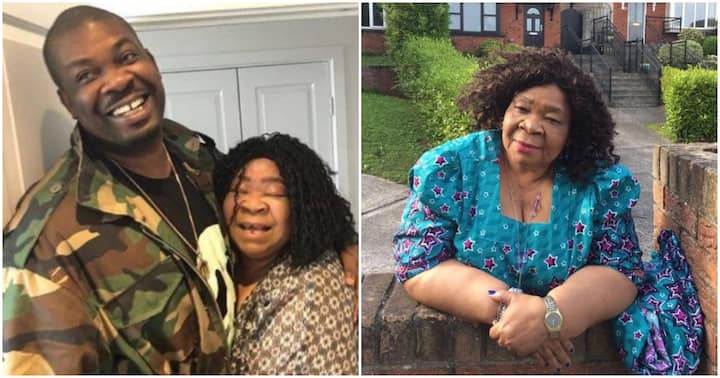 The music producer noted that her mother died earlier in the day. In announcing the death of his dearly beloved mother, he claimed that he had never typed a more difficult caption than he had to do to announce the passing of his mother.

Jazzy claimed that his mother was loved by all and that she was his supporter and backbone.

A post shared by ITS DON JAZZY AGAIN 🐘 (@donjazzy)

The singer claimed though he is pained by her loss, he is consoled by the good life his mother lived.

He asked people to pray from her soul to rest in peace and for strength for his father, who shared a strong bond with his mother.

Don Jazzy.s father, fondly called Mavin grandpa, has mourned the death of his life partner, better half, and soul mate.

The heartbroken man who fondly called his late wife “Indianpicolo” noted that he, alongside their children, family and well-wishers, will miss her.

“My dear soulmate and better half that made me whole @indianpicolo . I your husband , children, grand children , family , in-laws , brethren in the Lord, kinsmen , friends , fans , well wishers and entire Mavin family will miss you but you are in a better place now.”

He also revealed the cause of her death to be a long battle with cancer. He said he got consolation from the fact that God took her away to rest from the pains she had endured from. He praised her for being a gallant fighter.

“You fought the cancer gallantly but God does not want you to feel the pains anymore. You are now sleeping peacefully with no more pains. Sleep on my love. We thank you for all you did for us . We love you but God loves you more. I will not say good bye to you. We say good night. Adieu my darling. “

Many Nigerian celebrities have reacted to the death of Don Jazzy’s mother. They took to the singer and his dad’s Instagram pages to console them over the loss of the matriarch of the family.

“May her perfect soul Rest In Peace baba “

“May she Rest In Peace. Never met her but she was super nice to me on here. Too nice. ❤️”

“May her soul Rest In Peace . So so sorry for your loss.”

Celebrities console Don Jazzy’s father, pray for strength for him

Knowing how close Mavin Grandpa was close to his wife while alive, celebrities stormed his page to commiserate with him and pray to God for strength to carry on after her demise.

” May God strengthen u, pls accept my condolences. May her soul rest in peace”

“So sorry to hear this. God will give you all the strength to bear this.”

“Omg … take heart Grandpa . I’m so so sorry . May God give you all the fortitude to bear this Loss. ❤️”