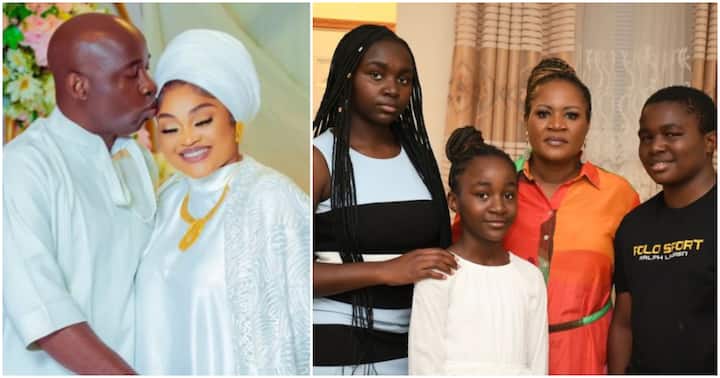 Hours after the new couple granted an interview where they talked about their union, Adeoti’s first wife, Olufunson, took to social media with a post setting the record straight.

The woman started off by making it clear that she never agreed to Adekaz introducing a second wife into their union.

Olufunso warned Adeoti to desist from painting her and the kids in a degrading manner on social media.

In a different portion of the post, Adekaz’s wife called out Mercy and mentioned how they were friends even though the actress refuses to acknowledge it.

She accused Mercy of sleeping around with her husband as far back as when her son was only a few months old.

“I introduced you to Kazim as my friend. I called and personally invited you and yur ex-husband to the 40th surprise birthday party I did for my soon-to-be ex-husband. You were a constant friend of mine back then, I brought you close as a friend because I liked you but you repaid me by sleeping with my husband.”