You won’t see work if you get married: Young lady reveals what her boss told her

My Boss Told Me I Won’t Succeed As Mechanic if I Get Married, Have Children: Lady Shares Her Life Story, A driven Ghanaian lady has recently taken to social media to share what a supervisor at work told her about getting married and having kids as a mechanic. 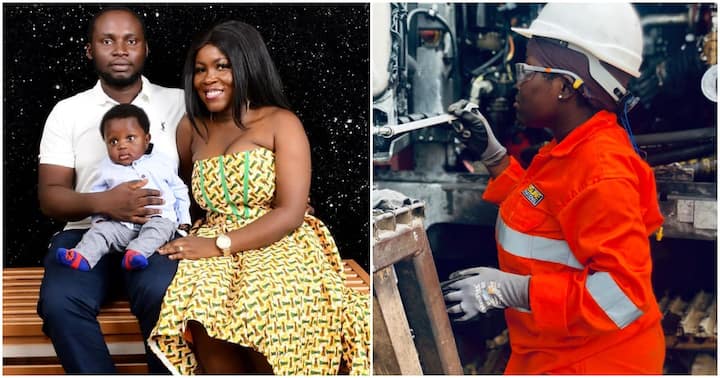 The post sighted on the LinkedIn timeline of Janet Ofori Amanfo had her sharing that she was told by a senior colleague at work that her career as a mechanic will come to an end if she gets married and has kids.

“You won’t be able to work as a mechanic in the field again if you get married and have children,” one senior supervisor stated two years ago.

Janet shared since then, that she has successfully gotten married and has had an amazing child. Against what her boss at work said, she has also built a great career as a mechanic at the same time.

“I’m married with a child, and I’m still on the field spinning. How could parenting prevent me if pregnancy couldn’t?”

The young mother revealed that she is determined to break the stereotype surrounding being a female mechanical technician.