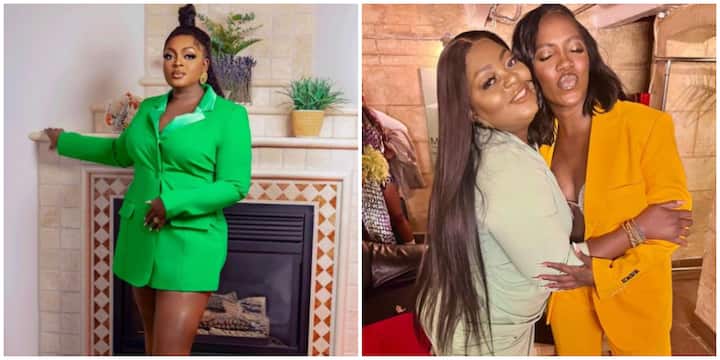 The movie star who has been in Toronto for some time is living her best life and at the same time showing support for some of her music star friends.

Just a few days after we reported that the actress attended Davido’s Toronto show, Badmus extended the same level of support to singer Tiwa Savage.

The Omo Ghetto movie star showed up at Tiwa’s show which is part of her ongoing Water and Garri tour in the US.

Taking to her Instagram page with photos of her and the singer, Badmus wrote:

“Was nice seeing my homie do her thing last nite in Toronto…..congratulations gurl.”

A different video mashup captured the two females on their way to the venue.

Eniola also shared a video of Tiwa on stage, while noting that the show was lit.

“Help me give her more hugs and tell her WE LOVE HER!”

” you are getting big again oo.”

Lady buys her father new smartphone, teaches him how to operate it in emotional video