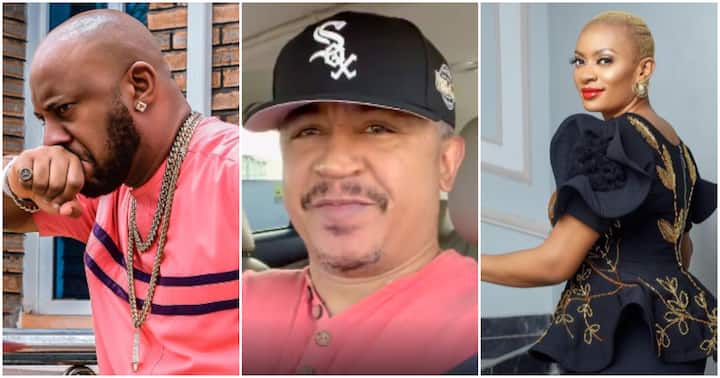 The media man shared a picture of Yul on his Instagram page and declared that he wished May could marry a second husband also and have a child with the new man.

“It would be in perfect equilibrium if May Edochie married a second husband, had a child for him and then posted Yul’s pic with the comment below: Yul number one undisputed! Sadly, life in Nigeria offers women very poor options.”

He also used a scriptural quote to advocate for women whose husbands married another wife to also reciprocate such gestures.

Daddy Freeze finally urged the people to stop tilting scripture and tradition in the favor of misogyny and patriarchy.

Social media users across the country have reacted differently to Daddy Freeze’s opinion about women getting second husbands.

Some of the comments, read below:

“As a woman in Nigeria, life can be so unfair and challenging!”

“Well said, imagine how he would feel if she did the same to him.”

We don’t deserve them: Dog thinks little girl is drowning, pulls her out in lovely video