Prolific movie producer and Actress, Yvonne Nelson says that her fellow Actress, Jackie Appiah has not featured in any of her movies due to reasons beyond her control. 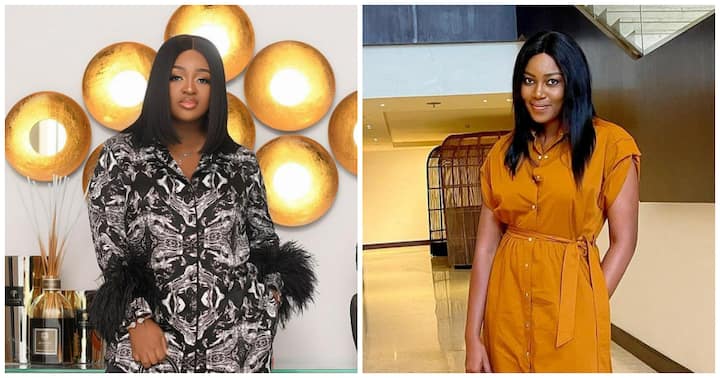 She disclosed that the Canadian born Ghanaian Actress had turned down roles she had offered her in the past.

Nana Romeo Welewele that she had the intention of adding her to the cast of her movie, ‘Fix Us’.

She explained that she had the idea of creating a trio movie with Jackie Appiah, Yvonne Okoro, and herself just as she did with John Dumelo, Majid Michel and herself in her yet to be released movie, Fifty Fifty.

When I was about to shoot ‘Fix Us’ movie, I reached out to Jackie. I wanted to do it Yvonne Okoro, myself and Jackie Appiah, just as I’ve done with this recent on, Fifty Fifty.

Yvonne noted that Jackie might have had a tight schedule, hence her refusal to accept movie roles she had produced.

I guess she was busy. I gave her enough time but as a producer, you can’t also just sit around. I called her on phone. I think she said she was going to be on another set at the same time. But I didn’t know when. I think she had other plans.

She added that being an Actor involves a lot of priorities. She noted that:

This job is all about priorities. Maybe I’ve gotten a gig that is paying really well, but sometimes I have something very important do. Or you’ve committed yourself somewhere else. I guess this is what happened with her.